This class is suitable for everybody and every level. Very slowly and with a lot of details and care you will practice asana after asana. Start your journey  here and now. Give it a try! 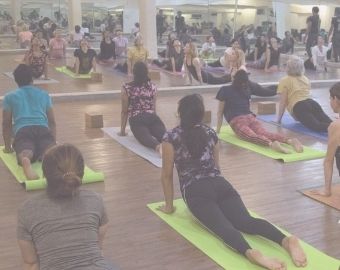 Ashtanga Vinyasa Yoga is a rather sporty Yoga style and more for intermediate and advanced students. Devender will give a LED class and makes sure that you can follow. You might sweat 🙂 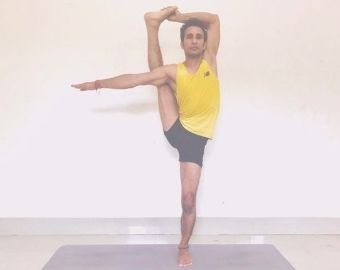 In terms of asanas, this is the high end. Here you will approach asanas you will never see or be able to study at any German Yoga school. India is the land of Yoga. Here you feel it! Meet you there.

Devender is the heart and soul of the AumYogaShala in Gurgaon (India). His long list of accolades and awards are recognition of his journey in Yoga which began at an very early age. If you want to study the essence of Yoga, then here you are definitely in the right place.

In 2016, Devender received the Indian Yoga Federation´s Ratan Award and in 2017 his work was recognized when he was honored by the Rishikul Yogshala´s “Yoga Rising Star” award. Devender also holds a Gold Medal from the National Yoga Championship. He has studied at the National Institute of Yoga and he completed his M.Sc. in Yoga at Uttarakhand Sanskrit University. Right now he is persuing his PhD.

Devender is also one out of two trustees of the AumYogaShala Foundation, where he supports underprivileged children to raise their full potential.